The oldest mosaics discovered are from 3,000 BCE in Uruk Mesopotamia, which is now known as Iraq. Using ivory shells and varying colors of stone, they were able to create the first glazed tiles. Ceramic cones were often inserted into the wall in geometric patterns. The conocal shape of the tesserae serve both a functional and aesthetic purpose, as the pointed parts of the cones were firmly pressed into the mud wall, with the color base left visible to form a decorative pattern. 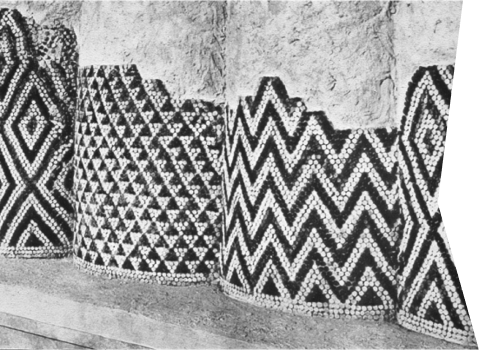 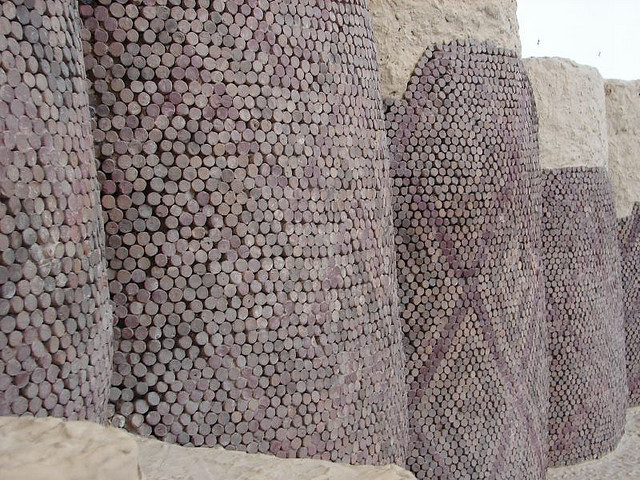 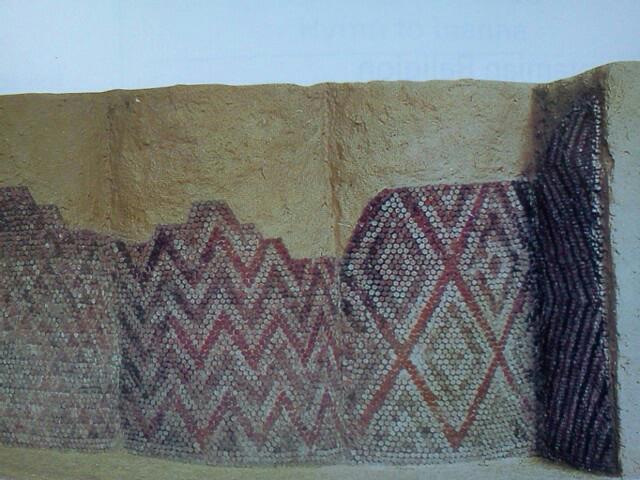